Invest in Yourself for Lifetime Dividends

5 NLP Techniques to use in everyday life

Share on facebook
Share on google
Share on twitter
Share on linkedin
Neuro-linguistic planning (NLP) encompasses the three essential components involved in producing human experience. While the neurological system controls how our bodies function, language determines how we interact with others, thereby forming the process through which we communicate our thoughts and ideas. Programming, the third component in the model, determines the kind of world we create for ourselves. Perhaps understood best as ‘projection’, programming is a blueprint of the world which we create for ourselves. NLP hence is a modality that explores the fundamental interplay between the mind, language, and our projections of the world.

Created in the 1970s by Richard Bandler and John Grinder in California, this approach to holistic development has gained popularity through the decades. Working with the idea that how we behave is determined by how we perceive, communicate, and create projections through which we filter our responses forms the basic assumption of NLP. Given this, if we understand these processes, we can also control, modify, and enhance our responses. Specialists agree on the importance of understanding these three elements to achieve specific goals in life. According to Bandler and Grinder, people can ‘model’ the desirable skills found in exceptional individuals and implement them in their own lives. Additionally, it is not just about skills alone; often, people use this methodology to treat phobias, anxiety-related issues, depression, immunity disorders, allergies, and various other learning disorders.  Unique to this method is how certain behavioural patterns in others can be benchmarked and through NLP, implemented at a personal level.

NLP is founded on the following two fundamental presuppositions:

Influenced by the notion that nothing can be objectively known, and that any kind of scientific progression is non-liner, forms one of the key assumptions of this methodology. As human beings, our perception of reality is what defines ‘reality’ for us. According to NLP, we cannot know what reality is. As each one of us has a different way of perceiving the world, any kind of uniformity in this cannot be achieved. In other words, our sensory perceptions define and shape the world for us, thereby making it intelligible to us. In this process, as we create our thoughts and perceptions we also use a ‘map’ or a pre-designed backdrop which gives a context to a situation. Contrary to popular belief, our perceptions do not (or rather cannot) limit or set us free; it is in fact this ‘map’ which performs this function.

We are all interconnected and form different sets of systems and subsystems within which we operate. Our mind, too, is like a complex system which produces cause-induced results. For example, based on whichever ‘map’ is used to qualify a given set of perceptions, a more or less pre-defined set of responses can and will be generated.

Top-5 Techniques that are Used in NLP

According to NLP, language and behaviour can be given a specific structure or form which in turn can be mapped/modeled or even copied, depending on the different aspects that one would either like to retain or change. With this, you can understand yourself, your thoughts, and behaviour patterns better and use that awareness to enhance your productivity in areas where you need improvement. While there are many, the following are the five most effective ways in which you can holistically develop yourself:

Central to NLP is the parallel that is drawn between neurological functions of the brain and the social function of language which in turn impacts our behaviour. Language by definition is a tool with which we use to express ourselves and communicate with others. However, as recent studies have shown, language is not merely restricted to the spoken word but covers certain behavioral aspects, such as tact, empathy, and body language as well. Also, having good communication skills is an important part of building a good rapport.

Rapport is best defined as a close, compatible relationship in which individuals and groups understand each other well. A person who can instinctively build a healthy rapport with others is more likely to be healthy and prosperous.

How often do we hear or see something that triggers anger or depression? Words, sights, even smell can prompt reactions that may not have a direct link with us. For example, for some people traffic jams are annoying because at that time the state of mind is such that it has been programmed to feel angry. While this is a negative example of programming, disassociation is a technique that can be used to sever the link between the trigger event and the unhappy state of mind. For all practical purposes, disassociation is a recommended technique in order to maintain calm and positivity.

Best understood as ‘rewind and reset’, content reframe is a technique with which one is encouraged to visualize situations in which there are feelings of disempowerment, sadness, and victimization. The idea is to create projections of happy images in disempowering situations so as to diffuse the tension that it creates. People who have experienced severe trauma or are dealing with serious illnesses are encouraged to ‘recreate reality’ in order to be in control of the situation.

Closely associated with programming, anchoring is a technique that prompts a positive, habitual response to specific word or physical stimulus. Therapists regularly use this to change the way a person feels. Used for those who are afflicted with bouts of anxiety and depression, this technique can be used to bring about a radical change in no time. A clinician may lay a light touch on the shoulder to induce a smile. Done repeatedly, this can bring about a positive attitude that, literally, will be a touch away.

We seldom realize how much a faulty belief system has a long-lasting, negative impact over our lives. Since childhood, we are exposed to a complex system of beliefs, assumptions, judgments, and opinions.  Over time, and with little awareness, most of us begin internalizing these. Given the diverse nature of these beliefs, it is futile to trace the source; hence we should instead try and become aware of these so as to reduce the inflexibility that it tends to impose on us.

When taken collectively, belief systems constitute a very important part of an individual’s personality and when these faulty beliefs are either threatened or challenged, rage is a common a response.

Similar to a tool box, NLP is an effective technique whereby beliefs are reprogrammed so that the best possible skills, mannerisms, and behaviour are retained. By paying close attention to the dynamics of mind, language, and programming, desirable traits can be enhanced. 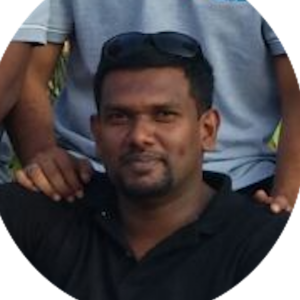 Mind Matrix Wellness Studio is an Accredited ICTA Institute (International Coach & Trainer Association: Europe and Russia, which carries out professional NLP Training Programs based on different methods of personal development and transformation where we share common standards of professional teaching and are united by common coaching approach to transformation supervised by the NLP Master Trainer and the Founder of ICTA and Akasha Healing System: Jack Makani.

Your information is safe with us

As a Parent – Are you the “Coach” your child needs?